Laugh til it hurts Comedy Extravaganza 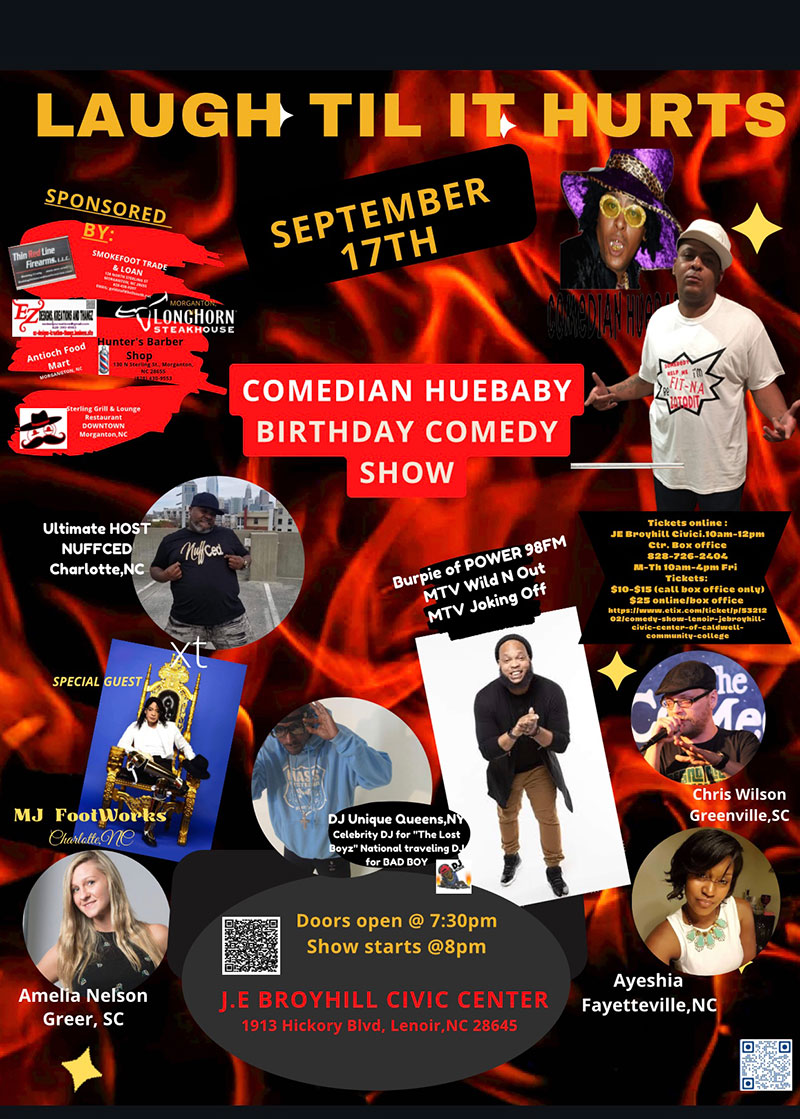 Laugh Til it hurts Comedy Extravaganza

Cedrice Brown is a dynamic entertainer well-known as NuffCed The Ultimate Host! Living on stage is one thing, being BORN TO BE ON STAGE IS ANOTHER and for NuffCed it’s the “Only Way of Life”! Cedrice is nationally known for Hosting events as a Clean Comedian in addition to Heartfelt theatrical performances that’ll leave you in tears. Acting has been a passion since his first commercials at age 14. As a professional actor utilizing over 22 years of acting experience, and over 13 of those years with 3M Production, theatre is like Mental and Emotional Therapy. Cedrice always pays homage to his “Acting Coach” and Friend of many years who also serves as his Mentor and Friend, Sir. Harry McDowell (He’s a Knight Alright!). After being terminated from an 86k year job, God showed how a Man’s GIFT would make room for him according to Prov. 18:16. Now in a span of 6 Years… Cedrice NuffCed. Brown is a FULL TIME ENTERTAINER and creator of: Picture Pages, The Interactive Dinner Theater serves as a one stop shop to promote Book Authors to his Clean Stand UP Comedy Brand entitled “Church Folk Ain’t Laughin’ E-Nuff”!! NuffCed. founded Grown Kids Comedy Cartel over v5 years ago and MOST PROUDLY A LIFE LONG TALENT SCOUT FOR 3M PRODUCTIONS! Cedrice NuffCed. Brown will keep you entertained and THAT’S NuffCed.

“Ayeshia” Owner of ‘Da Laugh Company’ comedy productions in Fayetteville, NC. Comedian, Actress, Producer, Booking agent. Doing Standup all along the East coast for the past few years with big name comics all while bringing her own life to stage as a newly divorced person!

Chris Wilson is a new stand up comedian from Greenville, SC. He tells jokes, sometimes they are funny. They are usually based around his actual real life. There aren’t really any limits to what he’ll talk about. He’s not afraid to poke fun at himself or his disability (Cerebral Palsy). There are many stories that he will tell, that even he, doesn’t believe…even though they’re true.

For 26 years, Kevin Hayes has been busy perfecting his craft and learning various dance styles like African, Jazz, Salsa and Tap. His own style of dance is influenced and inspired by Boogaloo Shrimp, Chris Brown, Channing Tatum, Sammy Davis, Jr., James Brown, Janet Jackson, Levelle Smith Jr, Michael Jackson, Pavan Thimmiah, Shabba Doo, and Usher. He has danced for the stars from the East Coast to the West Coast. He has opened up for Busta Brown Summer Festival, CIAA Half-Time Show (1998), Doug E. Fresh, Kid n’Play, Ki Ki Sheppard (Tribute to Roger Troutman), N-Tyce, Outkast and Wu-Tang Clan. He has auditioned for America’s Got Talent (2014) and Showtime at the Apollo (2015), Beyonce World Tour (2006), 102 Jamz Crew and Mr. Bill Productions.